Few agencies are lucky enough to work with a legendary luxury brand. Antoine Bonodot of Publicis Luxe talks about its collaboration with Cartier. 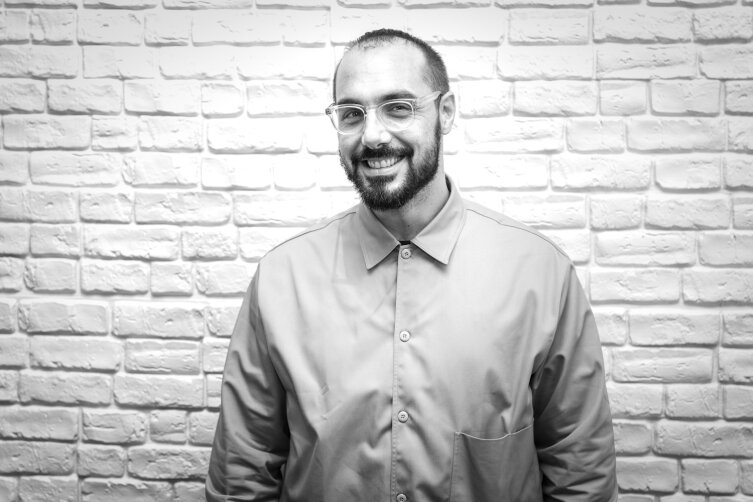 These days a beautiful wristwatch is one of the ultimate luxuries. Look at the wrists around you: I bet a lot of them are as naked as the day they were born. That’s because many of us now tell the time with our phones. Or if we do have a watch, it’s often linked to an exercise app on that very same phone. So a good old-fashioned analogue timepiece is a symbol of pleasure, taste and self-image. A luxury.

Antoine Bonodot (above), executive creative director at Publicis Luxe in Paris, knows a thing or two about luxury watches, having worked with Cartier for several years. Back in 2012 he was digital copywriter on the award-finning film The Odyssey. “What’s interesting about a luxury house like Cartier is that you’re not saying ‘my bracelet is prettier than yours’, as you might be in conventional advertising, but rather working with the spirit and the narrative of the brand,” he explains.

It’s a specialist area, but Publicis Luxe is hardly a “boutique” agency: 210 people work at its base in the lively Bastille district, although since the pandemic they’re permitted to work from home two days a week.

Recently, during the Watches and Wonders show in Geneva – the world’s largest watch show – the agency created 37 static and animated “windows” to showcase Cartier’s products. Not to mention a 3D film projected on a giant screen, and a website designed in association with Razorfish. The site, along with the brand’s Instagram account, brought the highly crafted work within reach of those who weren’t able to attend the show (which ended on April 5). 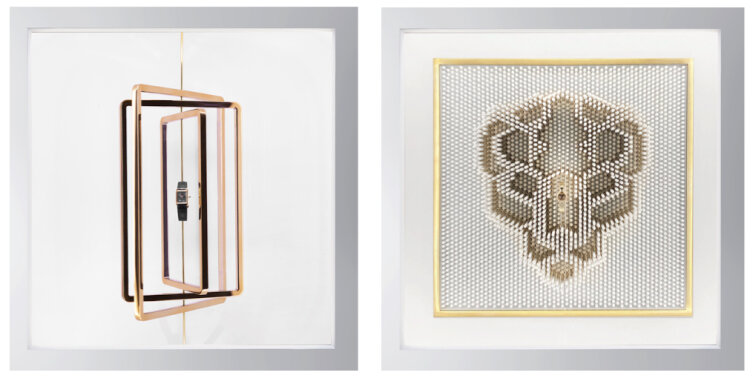 Two of the spectacular windows created by Publicis Luxe with Cartier

The show’s importance in the rarefied sphere of luxury watches is reflected in the attention to detail devoted to it by the agency. “We started work on the project nine months ago,” says Antoine. “The windows required a longer conception and fabrication time than the 3D film, partly because of planning and testing, but also because they are made by hand. Each window is a sculpture.”

The final result is a collaboration between Publicis Luxe and Cartier’s in-house visual merchandising team. The 3D film, a mixture of photography and animation, was in turn inspired by the windows. “Chez Cartier, the object comes first. The film had to be a perfect depiction of the real watches.”

From events to spectacular films, Publicis Luxe has worked for Cartier across a wide variety of media – but it’s vital that the brand’s values remain intact. So what differentiates Cartier from other luxury watch brands, such as Patek Philippe?

“You could say that brands like Patek Philippe, Jaeger-LeCoultre and Vacheron are among the pioneers of watchmaking – they are historic horologers. Cartier comes from a design background. It’s a creator of aesthetic timepieces, which sit perfectly alongside its jewellery.”

He points out that Cartier’s first watches were created for women: these resembled jewelled brooches because in the 19th century it was considered “unladylike” to check the time. The house’s first men’s wristwatch was created in 1904 for the Brazilian aviator Alberto-Santos Dumont – a moment referred to in the agency’s 2018 film featuring the actor Jake Gyllenhaal. Other iconic models like the Tank (1919) followed. Today, despite its roots in design rather than horology, Cartier’s watchmaking craft is revered.

“Cartier is not just about the measurement of time,” says Antoine. “It’s about bringing form to the idea of time.” This echoes Cartier’s own manifesto, which states that time is “not only what we measure, but what we treasure, something to make the most of –  in how it is filled and how it is represented.”

Luxury brands are known for having very clear ideas about how they should be represented, by the way – which is why they rarely work with traditional advertising agencies – so how much leeway do Antoine and his team have to express their own creativity?

“Ah, that’s the whole appeal and challenge of working with a luxury house. They have a territory which is very much their own, with values and key words that are clearly established. Our work within the agency is to respond with ideas that align with what they want to say. It’s not like an industrial brand, where there’s a USP – we’re not saying this is a better way of telling the time – but rather about expressing the universe and values of the brand.”

While there’s a framework, the agency often proposes solutions that depart from it, while still capturing the right tone. “In-house departments by nature tend to be very inward-looking. You need a fresh external viewpoint and that’s what Cartier expect from us. They like to be surprised.”

The exchanges with the client are stimulating, he adds. “As you can imagine, they are extremely cultivated, both aesthetically and culturally, as the house has strong affiliations with art, so the discussions are always wide-ranging and interesting.”

Some luxury brands might be snobbish about the idea of working with an advertising agency, but not Cartier. “There’s no judgment. They know we work with a lot of different brands and that we can bring inspiration from many different sources.  It’s a very enriching collaboration.”